The wonderful Grade II* Listed Tower Building is situated in the Historic Down Town area of the city which forms part of the World Heritage Site.

The Tower was built in 1908 as an office block but was converted in 2006 into 73 apartments, with the three lower floors being retained for commercial and retail use.

In 2016 the buildings new freeholder took about the redevelopment of two of the remaining commercial floors into 32 apartments.

The Tower’s roof and external terracotta cladding has also undergone major works throughout 2016-2017 to protect the buildings waterproof envelope. These works paid for by the leaseholders.

The white glazed terracotta cladding on the upper facade of the building was used by the architect in an attempt to cope with the polluted atmosphere of the city and was produced by the famous pottery-maker Doulton.

The roofs, floors and partition walls are formed of reinforced hollow clay bricks, and the staircases are constructed on steel joists cantilevered out from the walls removing the need for cranked strings.

On the North side of the Tower is Our Lady and St Nicholas Church (known as the Sailors Church), the church was originally dedicated in 1360 and has been rebuilt many times over the years.

The present day Tower Building is the third Tower to be built on this site since 1252. Take a look at the history page to find out more…… 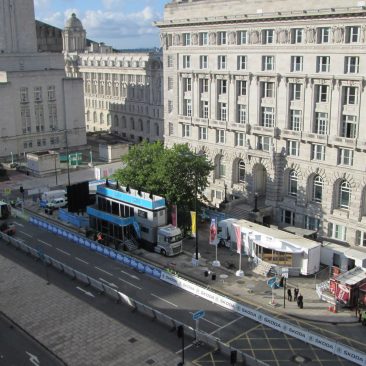 The Tour of Britain (Setting Up) Liverpool 2014 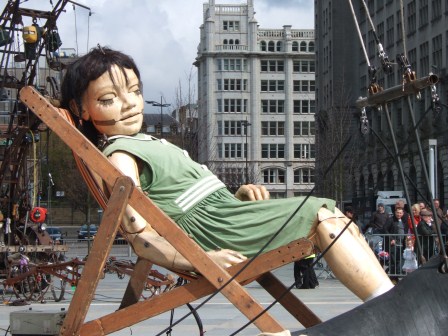 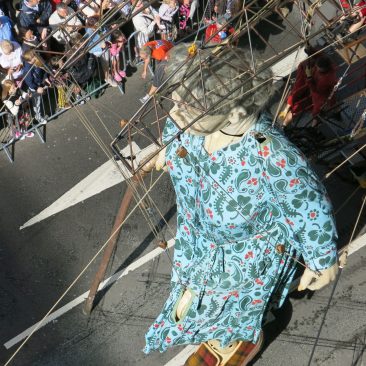 The Giants – World War I 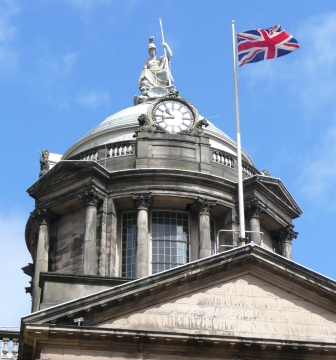 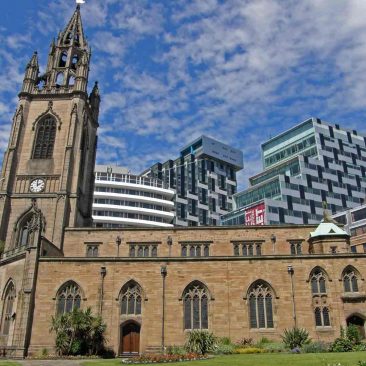 Views of the City